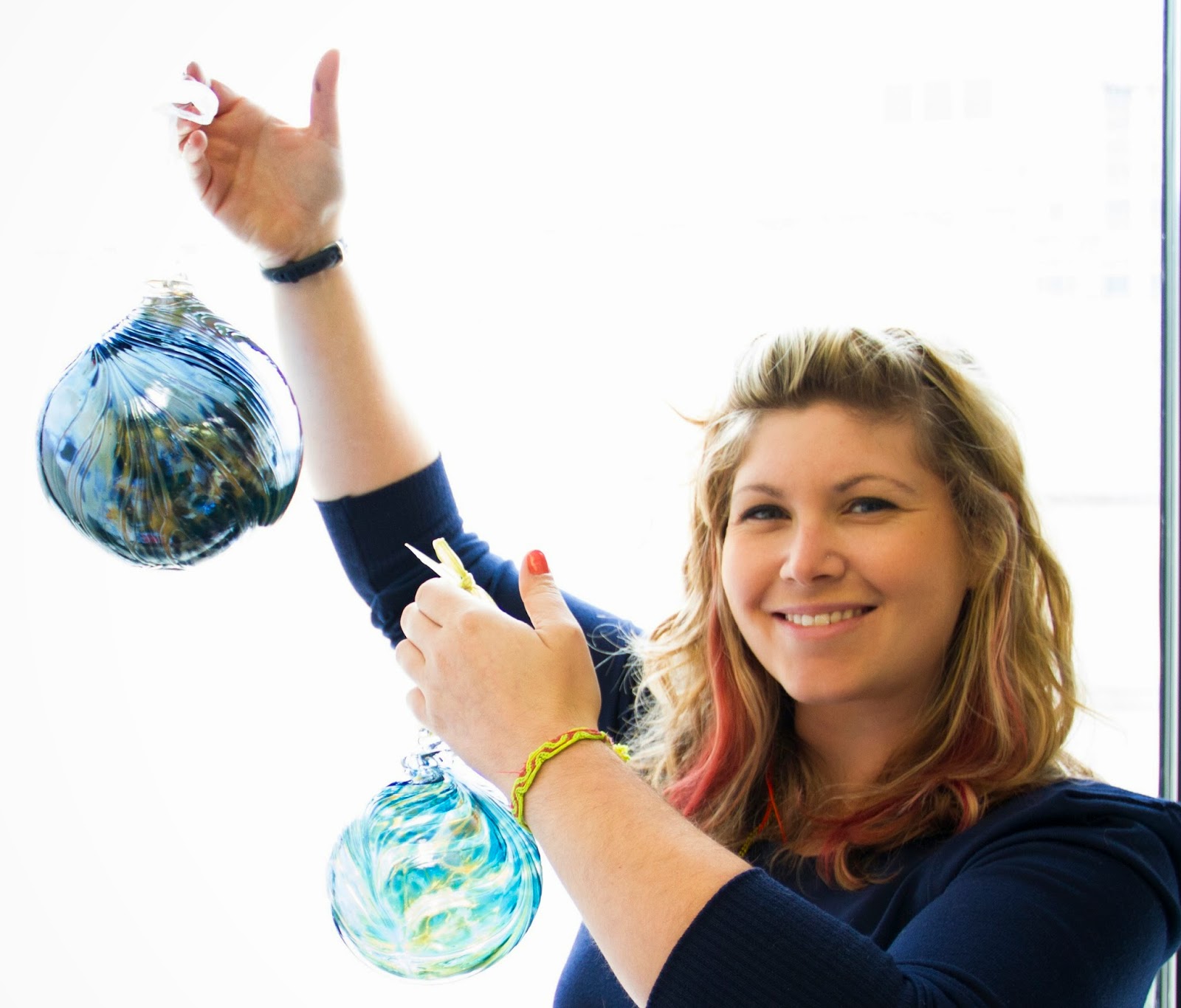 AICUO is excited to announce that Molly Burke will be the professional artist for the 2015 Excellence in the Visual Arts Awards Competition. Beginning in January, Molly will work with the winner of the Sculpture Design competition in order to create the awards for the EVA's competition.

Molly J. Burke was born and raised in a Miamisburg, OH.  She attended Columbus College of Art and Design, where she received her BFA in 2006.  In 2009, Molly completed her MFA in Glass at The Ohio State University; she has also attended Pilchuck School of Glass near Seattle, WA. 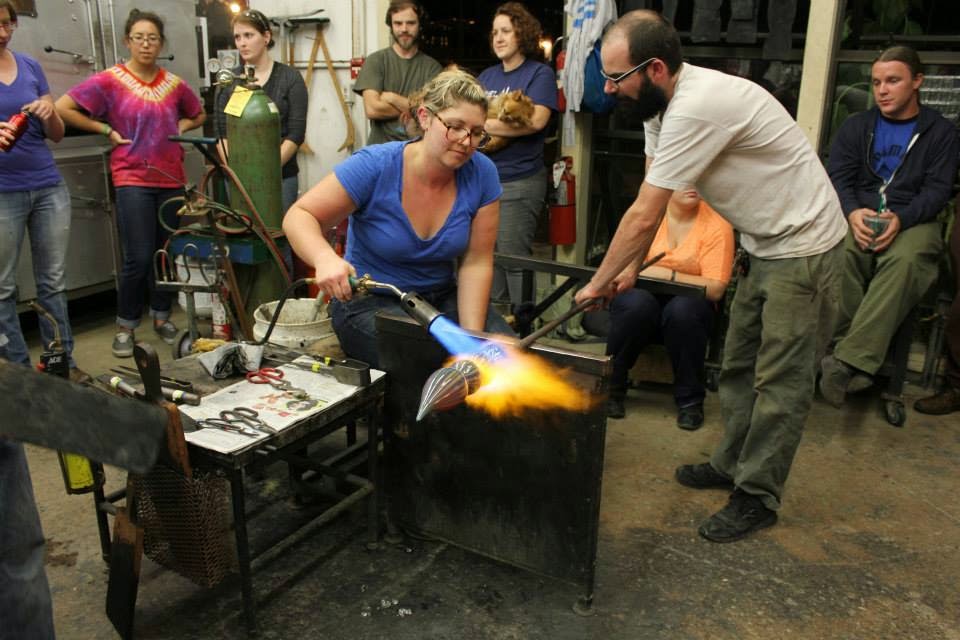 Ms Burke’s work is concerned with issues of growth and preservation. She creates forms that use multiples, and repeated motion is involved throughout the making process, considering growth through repetition in form.  However upon closer examination works that are viewed are about dying cells and tumors, objects that have been lost or forgotten, a cataloguing of dead specimens and a slow release of tension in an ever decreasing Insectary. 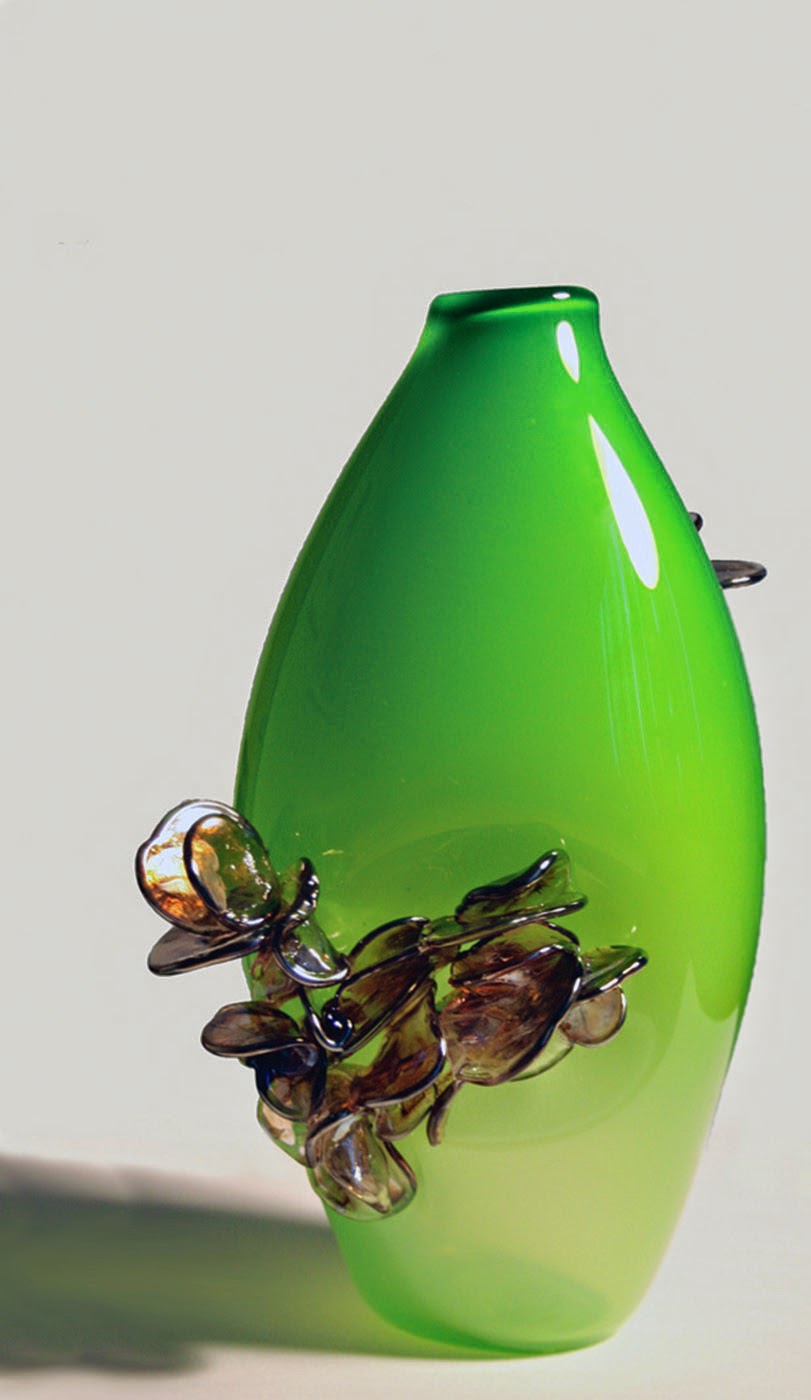 Ms. Burke examines these subjects on a microscopic plane blown out of proportion to the macro level.  Using materials and imagery to suit the needs of each installation, she works to create an environment that will encompass the audiences’ vision and for a brief moment fully engage them.  These works are about life and death, the incredible flurry of activity that occurs during a life span and then the eerie sterile tranquility that follows death.

Posted by AICUO Award for Excellence in the Visual Arts at 6:59 AM